The early 80’s saw the introduction of girls into the Corps. 146’s first female cadet was Julie Biddle (now Julie Walker) who went on to become a Civilian Instructor with the Squadron.

In 1983 Flt Lt R Hornby handed over command to Flt Lt P Heyes who held the post for just one year. 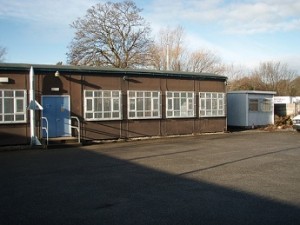 Also in 1983, Flt Lt R E Alford became the commanding officer, taking over from Flt Lt P Heyes in 1984. Under his command the numbers of cadets increased from less than 40 cadets in 1984 to 80 cadets in 1985. Cadets continued to earn Duke of Edinburgh Awards.

1986 saw the band reform again under the guidance of Jos Twose.

In 1988, Flt Lt R E Alford was then transferred to Canada with his job and command was handed to Flt Lt P Twose.

The Squadron celebrated its 50th anniversary in 1989 with a church service and reception at Headquarters. Many past cadets attended, renewing acquaintances and reliving old memories.