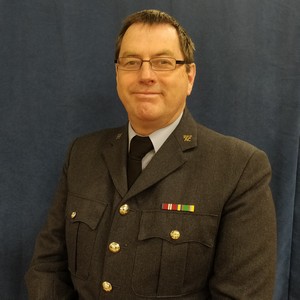 Became involved with the squadron after his son joined as a cadet and he was impressed with what a positive impact 146 had on his development. He joined  as a Civilian Instructor in 1995 and then gained a commission in 1999. Since retiring he can now devote even more time to 146! He took command of the Squadron in July 2008. 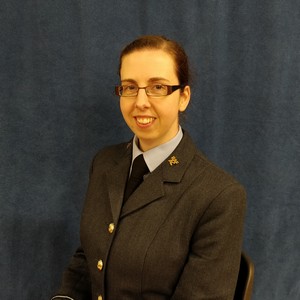 Sarah joined 146 as a cadet aged 13. After going to University, she returned as a Civilian Instructor. In 2014 Sarah decided to go back into uniform and was accepted for a commission. Sarah oversees the online administration of the Duke of Edinburgh’s Award scheme and runs the Squadrons extensive training programme as Squadron Training Officer 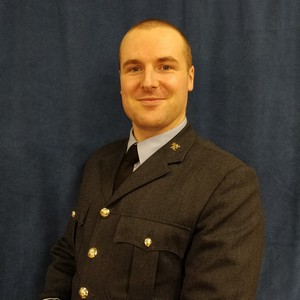 Martin was a cadet for seven years, reaching the rank of Cadet Warrant Officer.  In August 2006 he became a Civilian Instructor, mainly looking after the Sqn computers, media, website and administrative duties, later becoming the Squadron Adjutant.  After seven years as a civilian, Martin applied for and was accepted for a Commission, becoming a Pilot Officer in 2014, then Flying Officer in 2016.  He remains at the Squadron Adjutant and also holds a role on Merseyside Wing staff as the Deputy IT Officer. Martin currently works as an IT Engineer for Compass Minerals at Winsford Salt Mine. 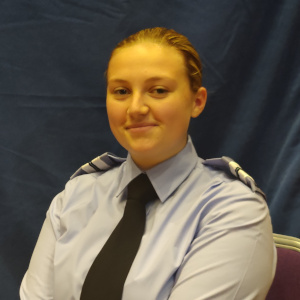 Charlotte joined 146 in 2016 and aged out in 2021 as Cadet Warrant Officer.
She has been heavily involved with the squadron band and North Region Band and has recently become the staff Drum Major Instructor as well as representing 146 at the National Tri-Service Band camp in Scotland back in 2019. Alongside band she has also been involved with Foot drill.

Throughout her time as a cadet she has developed a passion for first aid and has become a member of the Wings first aid Training team. She has also taken an interest in leadership and teamwork has allowed her to develop her skills and this has allowed her to work in operations at GB Helicopters. 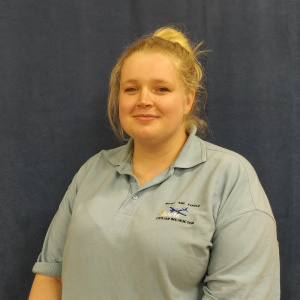 Amy Joined the cadets at 2433 (Ramsgate and Manston) squadron in Kent at the age of 13, becoming a Civilian Instructor once she aged out. She transferred to 146 (Northwich) Squadron after graduating university and starting a job as a Registered Veterinary Nurse.

Amy is currently looking after the First Class Training course, which sees around 60 new recruits through the Squadron’s doors each year.

In 2022, Amy passed her Region level interview and became an Acting Pilot Officer.

Abi joined 146 as a cadet in 2003 at the age of 14. At the age of 20 she transferred to staff as an SNCO, in this role ran the Squadron’s First Class Training Programme.

Abi is currently the Squadron Sports Officer as well as assisting the Merseyside Wing Sports Team, also on Squadron she oversees the NCO Development in the role of Squadron Warrant Officer. Abi is the Operations Manager for GB Helicopters in Manchester, overseeing flight planning and all operations for the business. 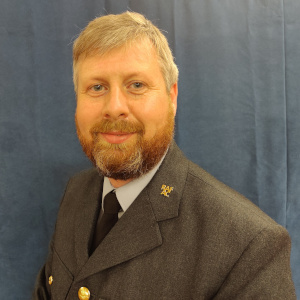 Born in Liverpool, Dan first joined the Air Cadets in 2001 with 2348 (Maghull) Sqn. Having achieved the rank of Cadet Flight Sergeant he went on to become a Civilian Instructor and later, in 2011, a uniformed member of staff. 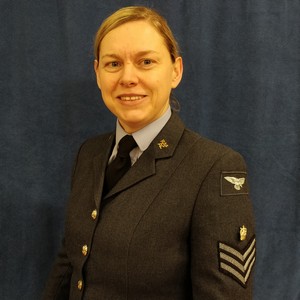 Louise was a cadet at 145 (Altrincham) Squadron and particularly enjoyed flying, gliding, shooting and sport, representing the cadets at various levels at sports, including corps level in athletics (long jump). She currently works as a Deputy Director of Human Resources at the Manchester Royal Infirmary and has a post graduate diploma and MA in HR.

Louise joined 146 in 2007 as a Civilian Instructor and originally oversaw the Sports section. In 2013 Louise went back into uniform as an Adult NCO and is currently in the Squadron Supply Officer, as well as being a qualified Basic Expedition Leader and Fieldcraft instructor. 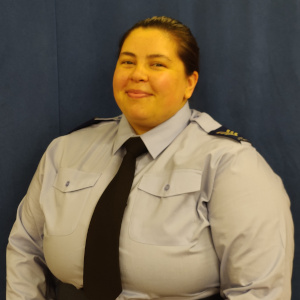 Jordan joined the Air Cadets at the age of 13 and reached the rank of Cadet Warrant Officer. She started at 2433 Ramsgate and Manston Squadron in Kent. Jordan was lead drummer at 2433 Squadron, competing against other Squadrons at a National level! 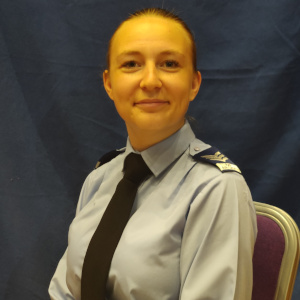 Emily joined 146 in 2014 at the age of 13. She took a strong interest in drill and as soon as she became a NCO, was heavily involved in drill, from teaching to being the Squadron’s banner bearer. She has competed at Wing, Region and Corps level in banner and arms drill. In 2017 she joined the Wales and West Ceremonial Flight’s drill team and won two national competitions. With all this drill knowledge under her belt she then went to the National Drill and Ceremonial camps. In her last year of face to face activity she had the opportunity to carry the Corps banner for the Air Cadets at the Drill and Ceremonial final parade at RAF Scampton. She aged out in March 2021 as a Cadet Warrant Officer and is now a RAFAC Sergeant. 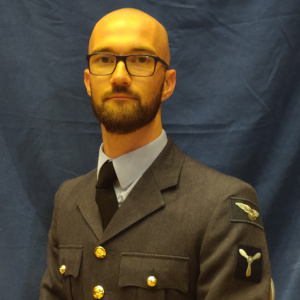 Charlie joined 146 at the age of 13. He took an interest in adventure training and shooting. He completed a Region coaching course for shooting, in order to help younger cadets on the range. In his last year he had the opportunity to go Turkey on the International Air Cadet Exchange.

Charlie started RAF Phase 1 training in late 2017 and passed out in January 2018. He is now are RAF Brize Norton on 4624 RauxAF Sqn as the supplier. In early 2019, Charlie returned to the Sqn as a Service Helper and is now able to assist on parade nights and annual camps. He has taken on the role as Sqn Shooting Officer. 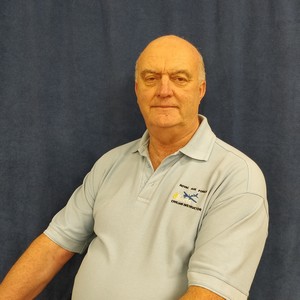 Brian joined 296 (Stoke Newington) Squadron , London in 1966 then transferred to 306 (Runcorn) Squadron in 1968. Brian left the cadets in 1971 to join the Police. Brian has completed an A&B Certificate for Gliding and completed 43 hours towards a Private Pilot’s Licence.  From 1999 until 2005, Brian was Air Operations Manager at the Police Air Support Unit in Cheshire and from there retired and went to work for the Highways Agency as an Operations Manager in the Traffic Officer Service. Brian joined 146 Squadron as a Civilian Instructor in early 2010 and currently looks after Flying and Gliding. 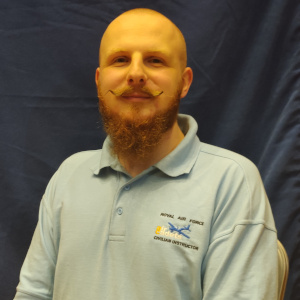 James was a cadet for seven years, attaining the rank of cadet Flight Sergeant prior to him becoming a Civilian Instructor when he turned 20.

After spending 5 years in 2nd line support and incident management he is currently working as a Security Operations Centre Analyst at Bank of America Merrill Lynch in the Information Security team.

At Squadron James oversees admin flight as well as looking after the squadron mini-buses. 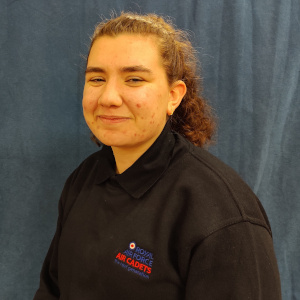 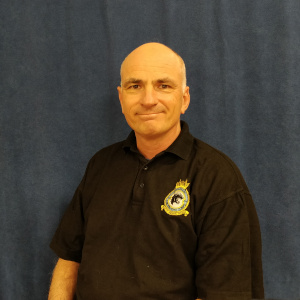 Clive was a cadet in the early 1980s, entered the RAF as an engineer and represented the RAF and Combined Services in Athletics and Canoeing until 1990. Alongside making parts for every type of aircraft the RAF owned, he led climbing and canoeing expeditions in UK and Europe. After teaching Training in 1990-1994 in Science and Outdoor Education he taught in Post 16 education in Sports Science at a college in Widnes, running many land and water based residentials as part of a BTEC in Sports Science. Since 2000 he has taught in Higher Education across Sport, PE and now Outdoor Leadership at the University of Central Lancashire. He is keen to share his skills and knowledge wherever it may be of most benefit for the cadets in their learning journey. 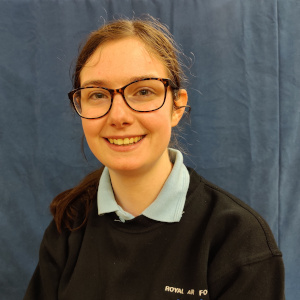 Rose joined 146 in 2013 and aged out in 2019 as a Cadet Warrant Officer. She has always been heavily involved in the squadron band, and is now the band master. She also developed a love for field craft and road marching, going on to complete Nijmegen as a cadet and is now involved with road marching as staff.

Through cadets, Rose discovered her passion for first aid and is working towards getting a place on a paramedic apprenticeship scheme through the NHS. 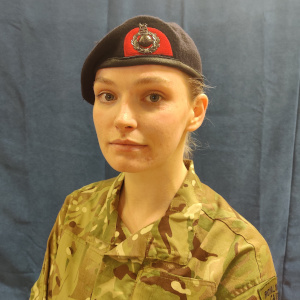 Indie became a staff member with the Air Cadets after a successful time as a cadet, attaining the rank of Cadet Warrant Officer.

Outside of cadets, Indie works as the Duke Of Edinburgh lead for a leadership academy school in Bolton 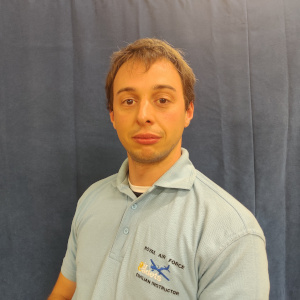 Matthew joined 146 squadron in 2004 and after 7 years as a cadet he reached the rank of Cadet Flight Sergeant. He achieved all of his DofE’s and attended many adventure training weeks at Windermere and Llanbedr as well as a range of summer camps. In March 2011 he became a Civilian Instructor at 146.

He took a break in 2016 to study Electrical & Electronic Engineering at University, returning in 2020. Matthew is the Squadron Adventure Training Officer and is heavily involved with running DofE expeditions.

Outside of the squadron, Matthew takes an interest in hill walking, climbing, fishing and fell running. He currently works as a High Voltage Engineer for Tata Chemicals Europe. 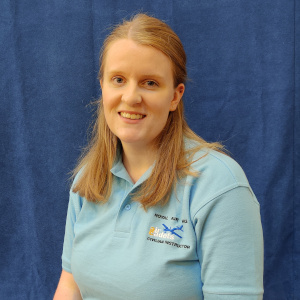 Joesphine joined 146 in 2009 and was involved in the Sqn band playing as a side drummer. She was also part of the admin and DofE NCO teams helping out the staff when needed. She accomplished a lot throughout her time at 146 but her biggest achievement was completing her Gold DofE. She left 146 in 2014 to study French and Geography at the University of Birmingham. She re-joined in February 2022 as a CI. She currently works as a care assistant in a dementia nursing home and is about to start studying an adult nursing degree at the University of Chester to further her career. 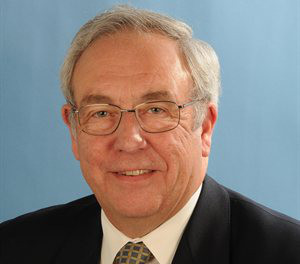 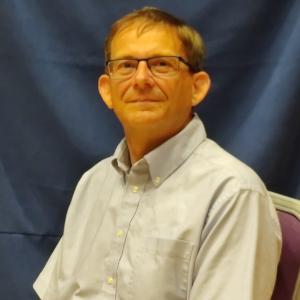 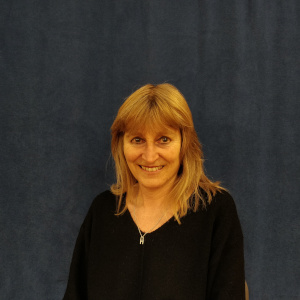 After seeing how much her son and daughter had benefited from being cadets, Heather decided to join the Civilian Committee in 2011, so that she could give some help and support back to the Squadron. With 14 years experience as an Executive Secretary, Heather was more than happy to take on the role of Secretary of the Committee, taking over in June 2014. 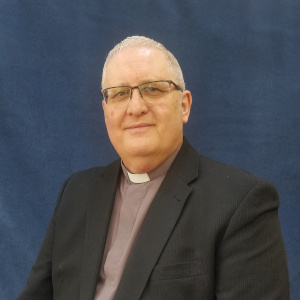 David moved to Northwich in 1999 when he became the Minister of a local church. Originally from The Midlands and Bournemouth, he travelled around the UK as a Missionary / Evangelist before being ordained in 1988 and becoming a Church Minister. When David was asked to become the Squadron Padre, he felt very honoured; especially as his father had served in the RAF.

Now a local funeral director David is married to Yvonne with two children. A keen musician who enjoys talking, trying to tell funny stories and riding his motorbike!