In the nineties the Squadron became known as the ’Golden Squadron’ as so many cadets attained Gold Duke of Edinburgh Awards. In 1990 Northwich cadets gained 8 gold awards which was over 10% of the North West Region total.

The Squadron excelled in all aspects of cadet life, winning sporting trophies, modelling competitions and representing Wing and Region.

CWO David Mutton was selected as one of 12 ATC cadets to join a guard off honour for His Royal Highness the Duke of Edinburgh when he flew into Heathrow Airport for a ceremony to mark the 50th anniversary of the Corps. 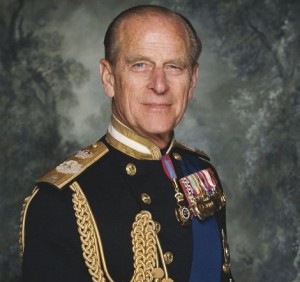 In December 1991 Fg Off Brian Curtis retired after 16 years of uniformed service. He remained a very active Civilian Instructor until his 80th birthday in September 2009, when he very deservedly took a step back for a well earned rest. Brian remained in regular contact with the Squadron until he passed away in 2018. 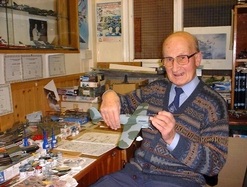 By 1991 the Squadron had retained the Dobson Trophy (awarded to the top Squadron in ECSM Wing) for four years despite several ‘adjustments’ to the scoring system.

In September 1992 146 Squadron won the Lees Trophy which is presented annually to the top squadron in the country. 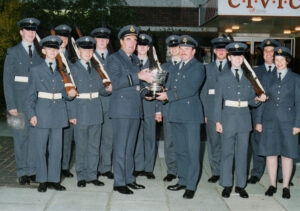 In 1994, CWO Nick Berry won the Dacre Sword which is presented to the top male cadet in the whole of the Corps. He went on to become commanding officer of 202 (Winsford) Squadron before joining the Royal Air Force. 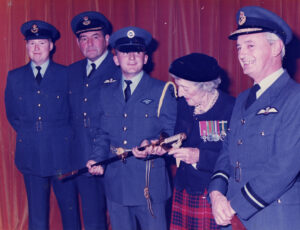 CWO Emma Pratt was the first female cadet to go on to command a squadron: 79 (Whitchurch) Squadron.

Flt Lt G Story handed over the reins of command back to Flt Lt R E Alford in 1995 after he returned from Canada.

In the late 90’s Flt Lt Alford was instrumental in setting up the prestigious Junior Leaders programme in conjunction with Flt Lt J Fay of 391 (Wilmslow) Squadron.  A trophy is still presented in his name to this day, at the end of each Junior Leaders course.